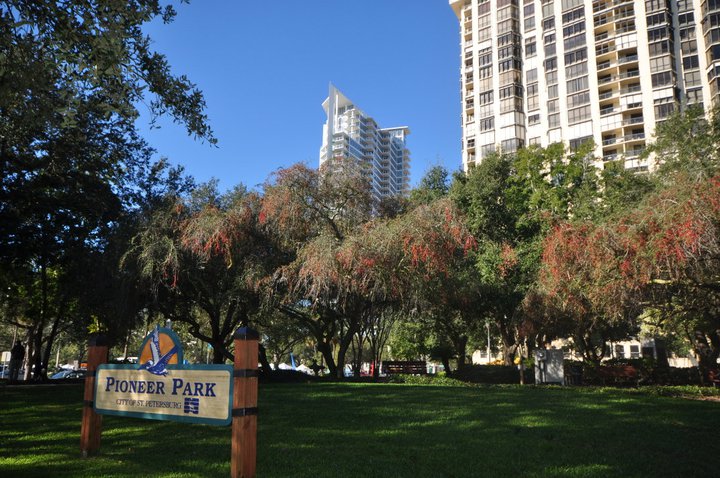 Conveniently situated between the St. Petersburg Yacht Club and Al Lang Stadium, this shaded city park is right in the middle of all the action. Directly across the street is the St. Petersburg Municipal Marina, and nearby events include the Saturday Morning Farmers Market, Shakespeare in the Park at Demens Landing Park, and the world-famous St. Pete Pier. Once you're done exploring all that Downtown St. Pete has to offer, return to Pioneer Park and enjoy its shade on any of the park benches and grassy areas to take in the city’s spectacular views while reminiscing about our great history. 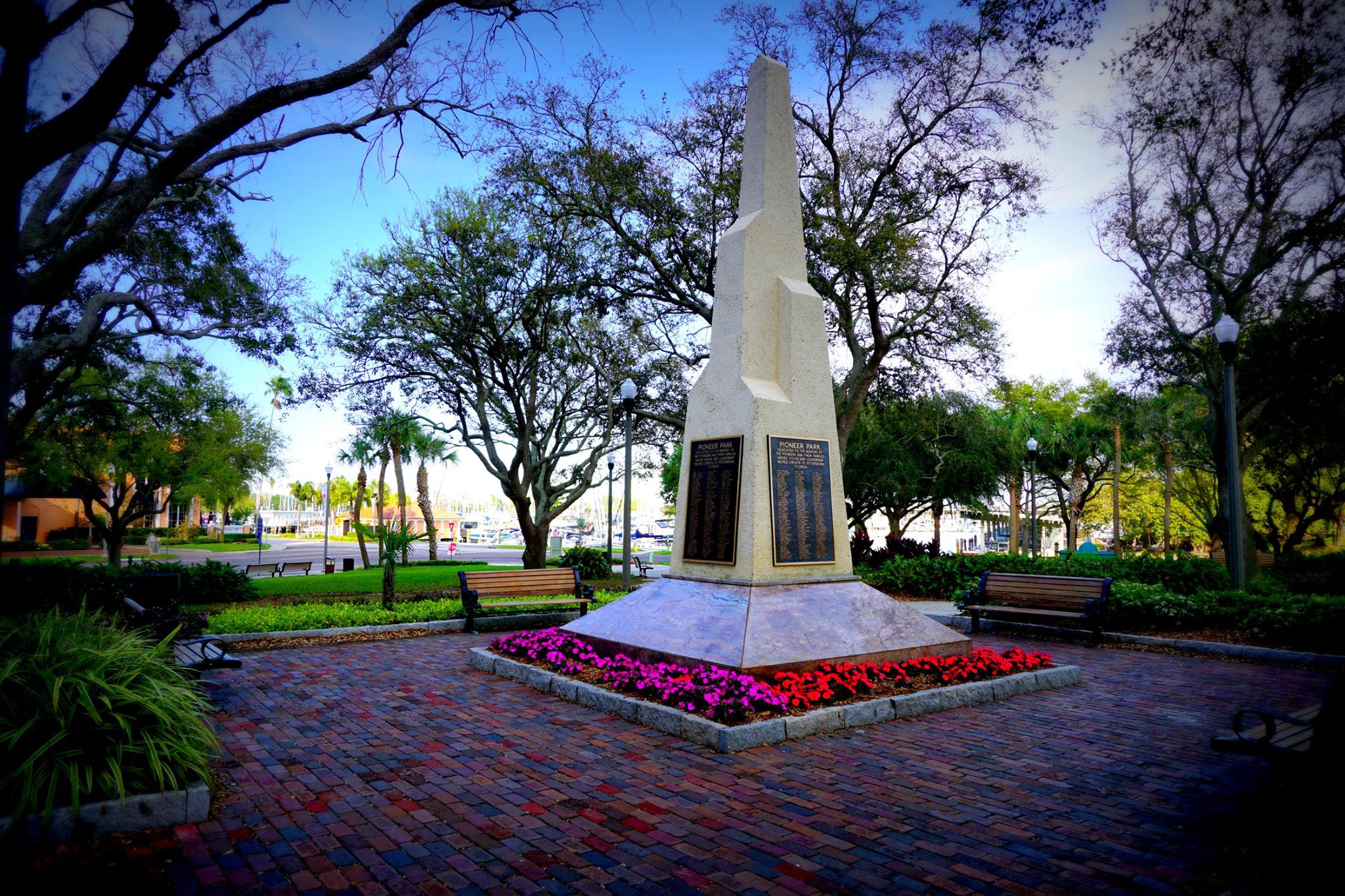 At the center of Pioneer Park in St. Petersburg, Florida stands a 20-foot-tall obelisk, a monument commemorating many distinctive early settlers who in the 1800s and early 1900s, imagined a city on this sparsely settled sub-peninsula of Florida. These people began to build the city of their dreams and had the foresight to preserve the waterfront for public use; to lay out a systematic plan for city streets; and to create access to the peninsula from surrounding areas. This laid the groundwork for the framework for the city of St. Petersburg as we know it today. The Pioneer Park Foundation, Inc. has created a permanent Trust Fund to maintain the Park forever as a place of beauty. Your tax-deductible contribution to the Fund, perhaps as a memorial to a loved one, is deeply appreciated.

Pioneer Park is situated at Central Avenue and Beach Drive Southeast and is a part of the remarkable St. Petersburg downtown waterfront park system. In planning the city, the Pioneers had the foresight to leave much of the waterfront as open green space for the enjoyment of citizens and visitors, then and today. 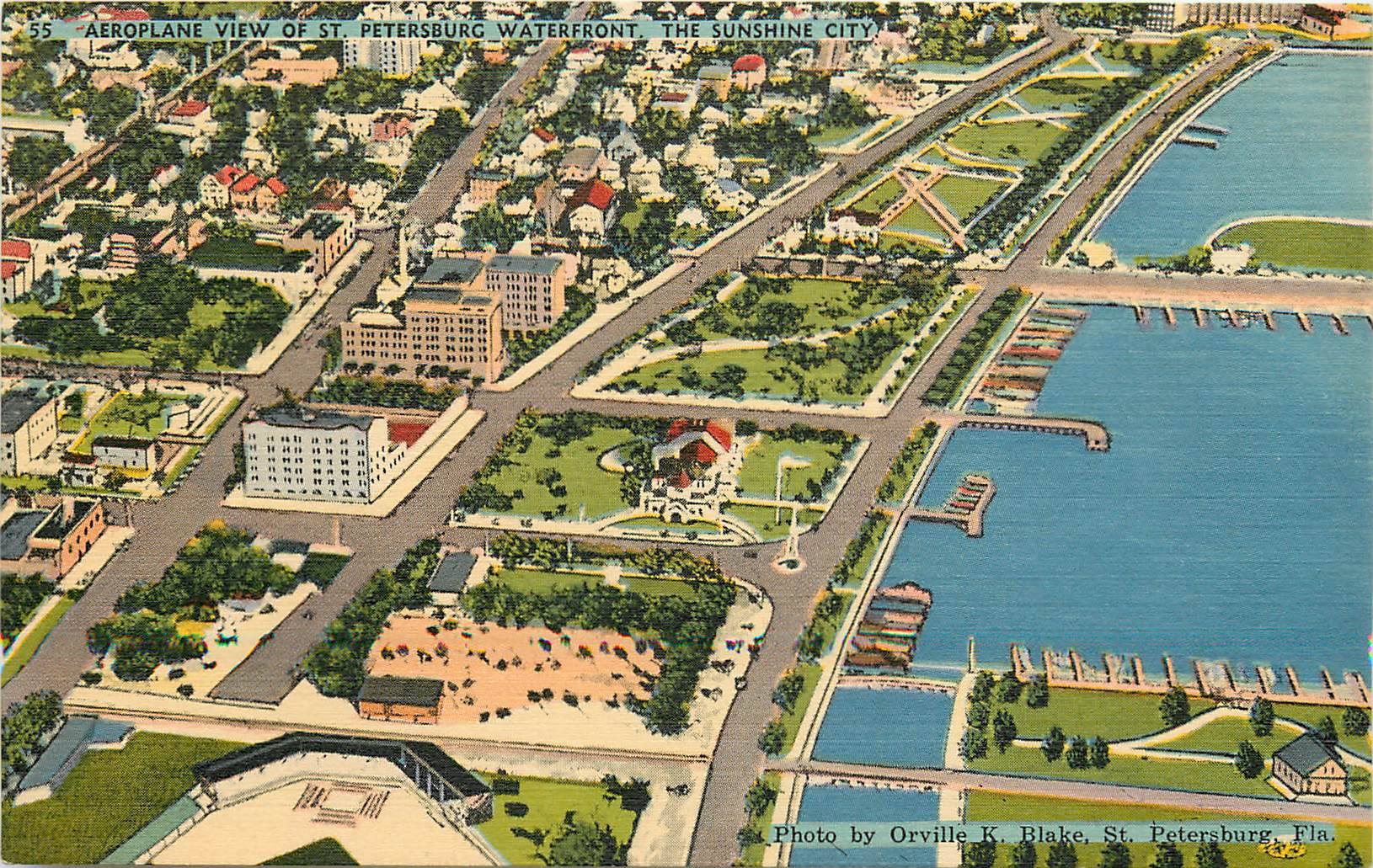 In 1976, Jay B. Starkey, Sr., son of St. Petersburg pioneers, initiated a project to establish a memorial to St. Petersburg's pioneers. With a substantial contribution of his own money, a group of like­minded descendants of pioneers and interested citizens, and with the cooperation of the City Council and City Leisure Services Department, Pioneer Park was dedicated on November 26, 1981.

Pioneer Park Foundation, Inc. was started at this time to ensure the Park would be watched over and well maintained. A major revitalization of Pioneer Park was celebrated on February 26, 2012. 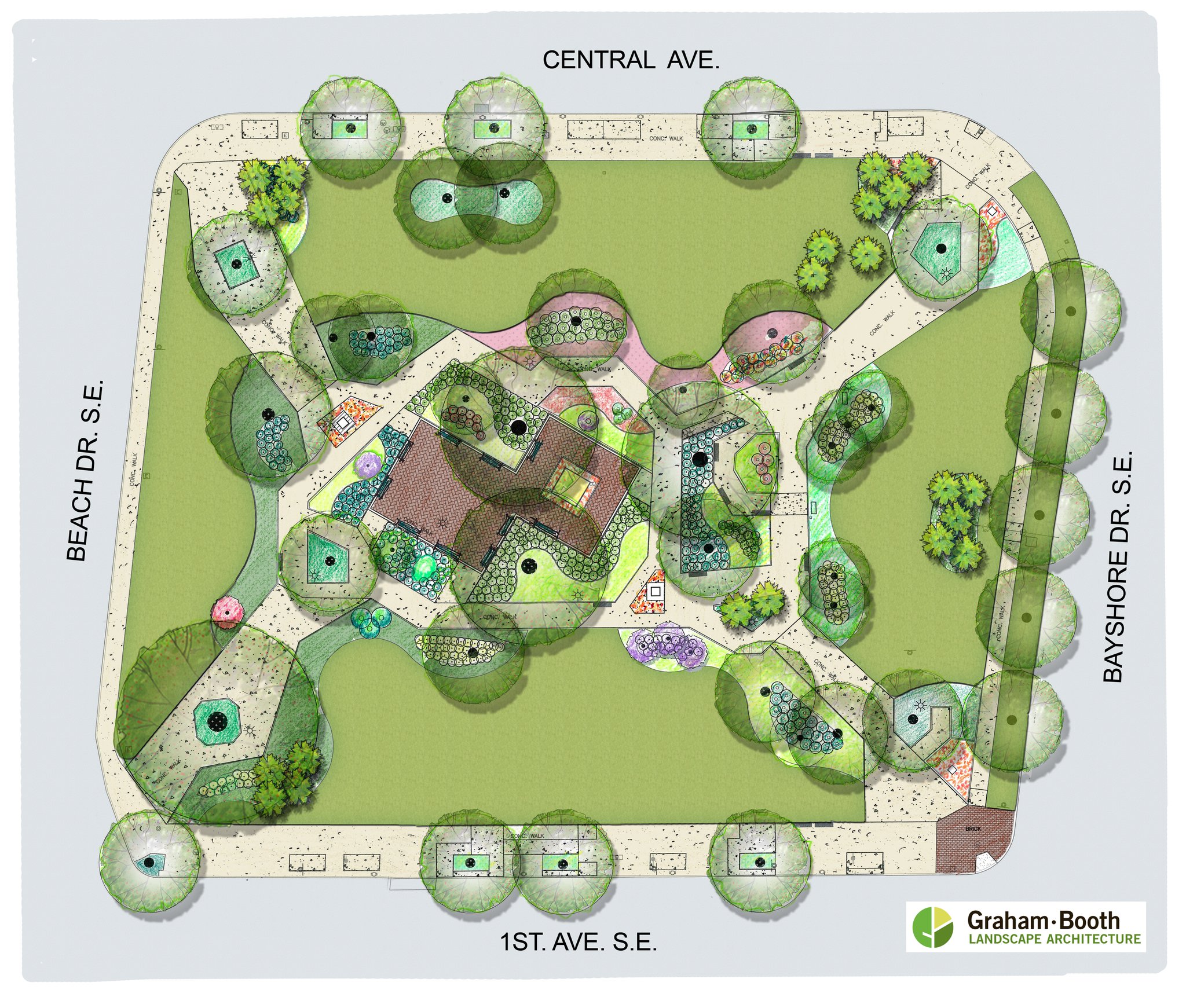 In the center of the Park is a 20-foot-high modern obelisk designed by landscape architect Charles R. Wedding, the son of a St. Petersburg pioneer, and his son, architect Robert Wedding. On the four bronze plaques on the monument are the names of 600 residents of the St. Petersburg area before January 1, 1912, the date Pinellas County was created by the division of Hillsborough County. Each person made a significant contribution to the building of St. Petersburg prior to November 24, 1924, the date of the opening of the Gandy Bridge.

The landscape of the park is designed by award-winning Phil Graham Landscape Architecture. Led by another St. Petersburg native, Phil Graham, Jr. was instrumental in making sure the park was attractive, functional, and sustainable. 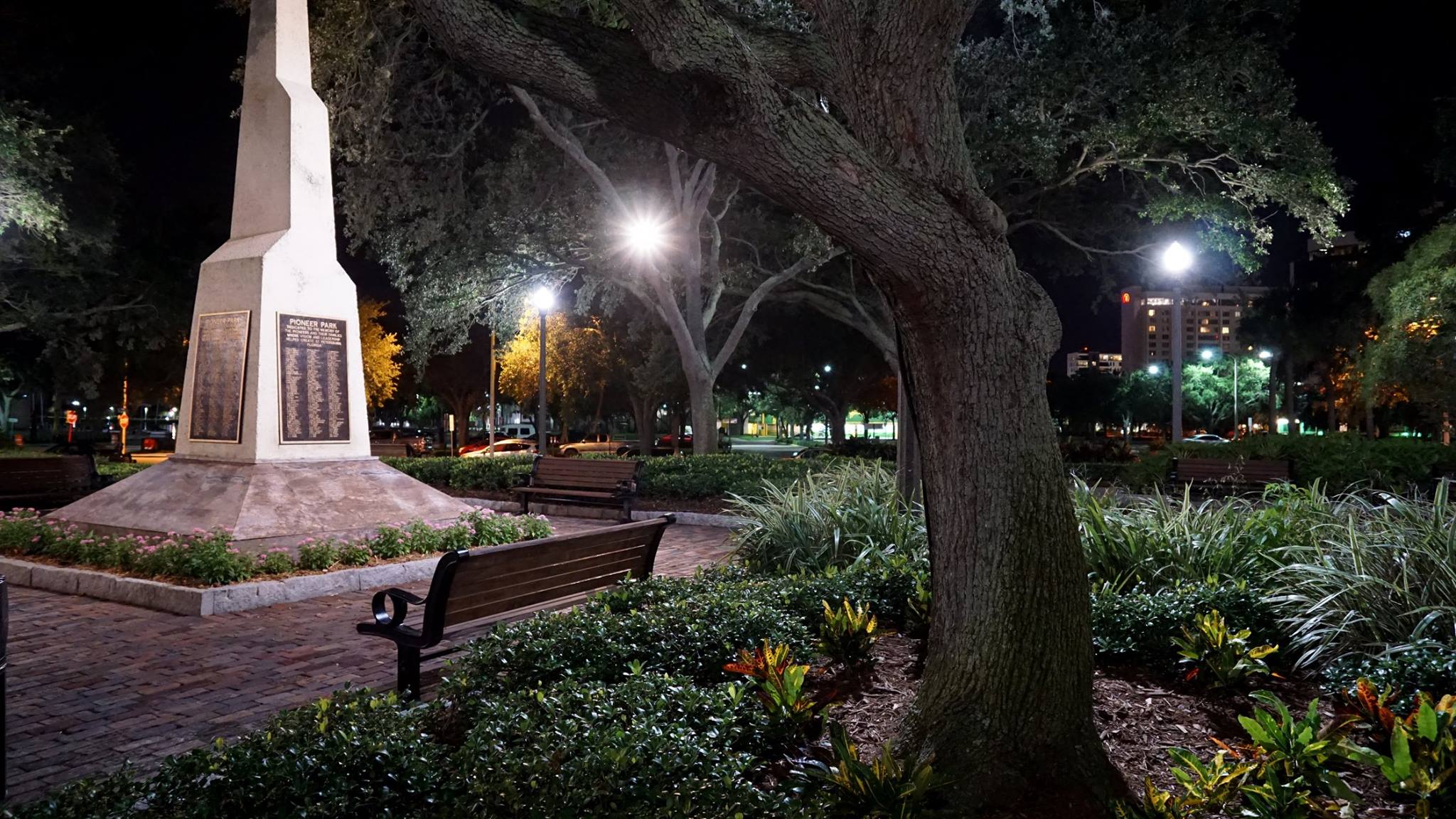 Pioneer Park Foundation, Inc. is a not for profit 501(c)(3) organization that manages a permanent Trust Fund to protect and maintain Pioneer Park in St. Petersburg, FL. Charitable donations for the ongoing care of Pioneer Park are welcomed and needed to maintain the Park in peak condition with seasonal flowers and enhanced upkeep. Donations may be made in honor of or in memory of friends and loved ones. Your donation is fully tax-deductible to the extent allowable by law.

Donate to the Foundation

The Pioneer Park Foundation is a not-for-profit 501(c)(3) organization.